Bruce Clarke Visual artist and photographer born in London in 1959, he came from a family of South African activists, exiled a year earlier.

He moved to France after studying Fine Arts at the University of Leeds where he was introduced to the Art & Language movement, conceptual art in which his work would be inscribed.

Committed artist, Bruce Clarke testifies, in his creations, of contemporary history and questions. He has exhibited since 1989 in France and abroad.

Engaged in the anti-apartheid movement, Bruce Clarke is deeply involved in the organization « National Meeting Against Apartheid ». At the same time, militant against the warning signs of the genocide in Rwanda, he created a genocide memorial « The garden of memory » in 2000 and then in 2014 with the collective « Les Hommes Debout », he gives body and faces to the missing by gigantic murals on the sites of memory of the genocide on the occasion of the 20th anniversary.

Bruce Clarke lives his work. Through it, he plunges in real time into life, events, dramas. A true journey of feelings, his creation combines images and words, torn, torn, deconstructed and reconstructed according to his sensitivity. 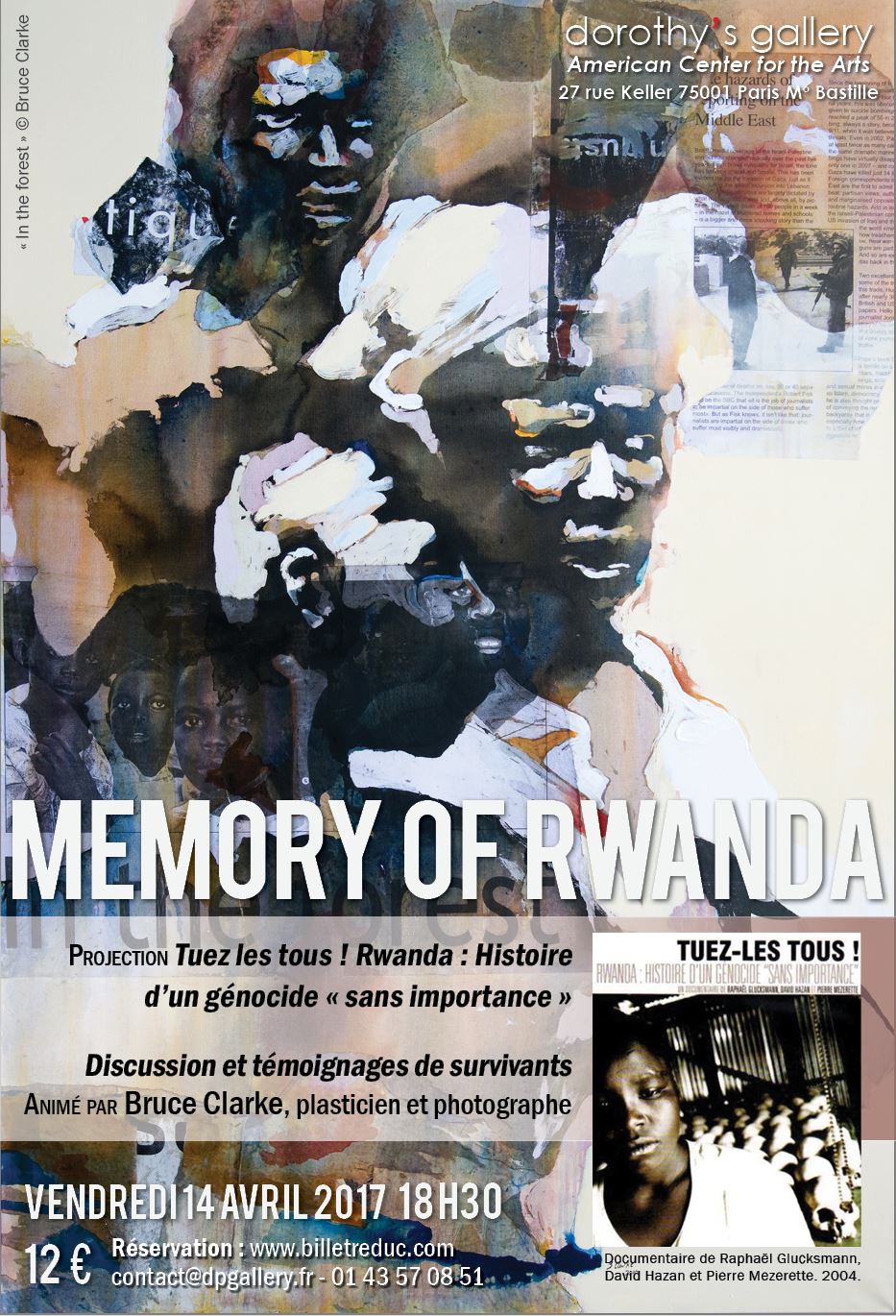